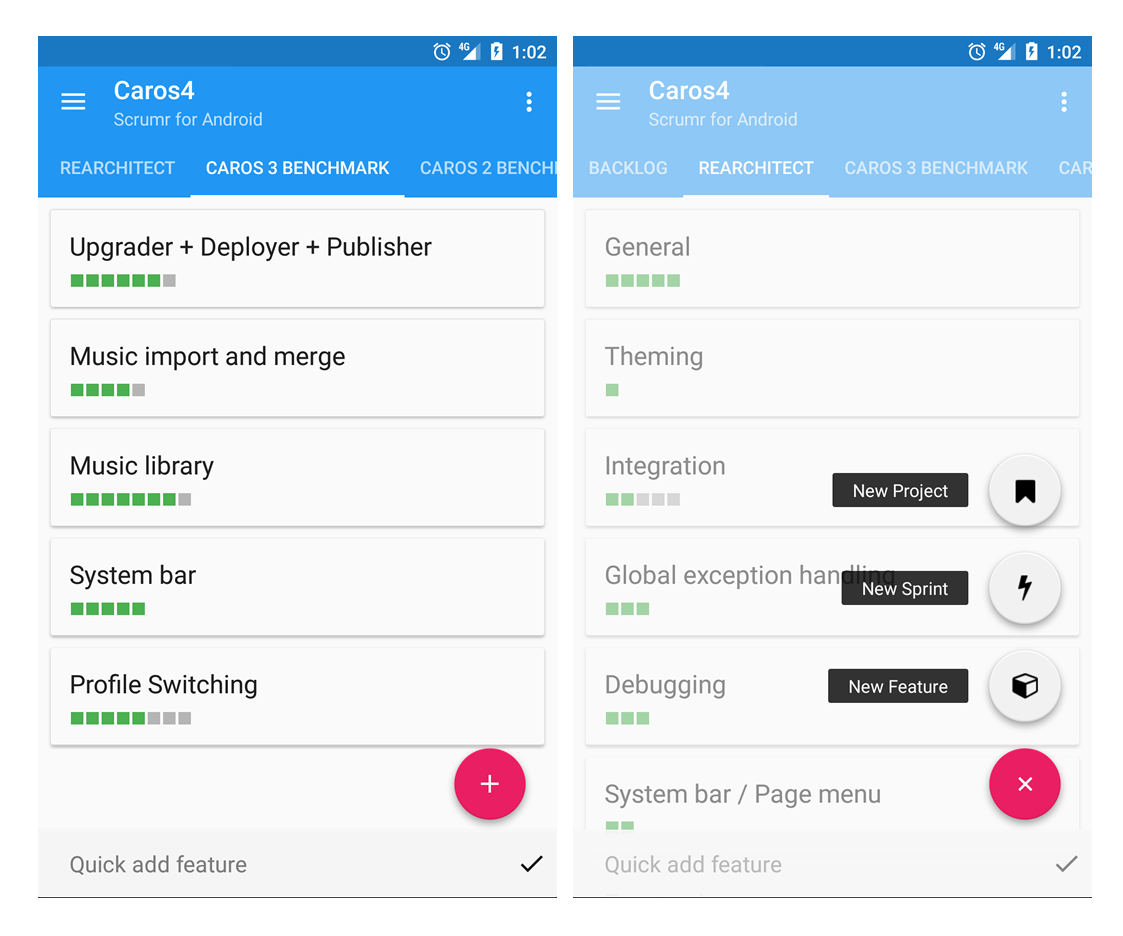 Just as I used Scrumr for PC on my desktop, it was through Scrumr for Android I managed my tasks on the go.

It followed the same concepts of projects, sprints, features and tasks.

Features such as quick adding tasks and features were ideal for me, and worked much better than Google Keep or other task apps. 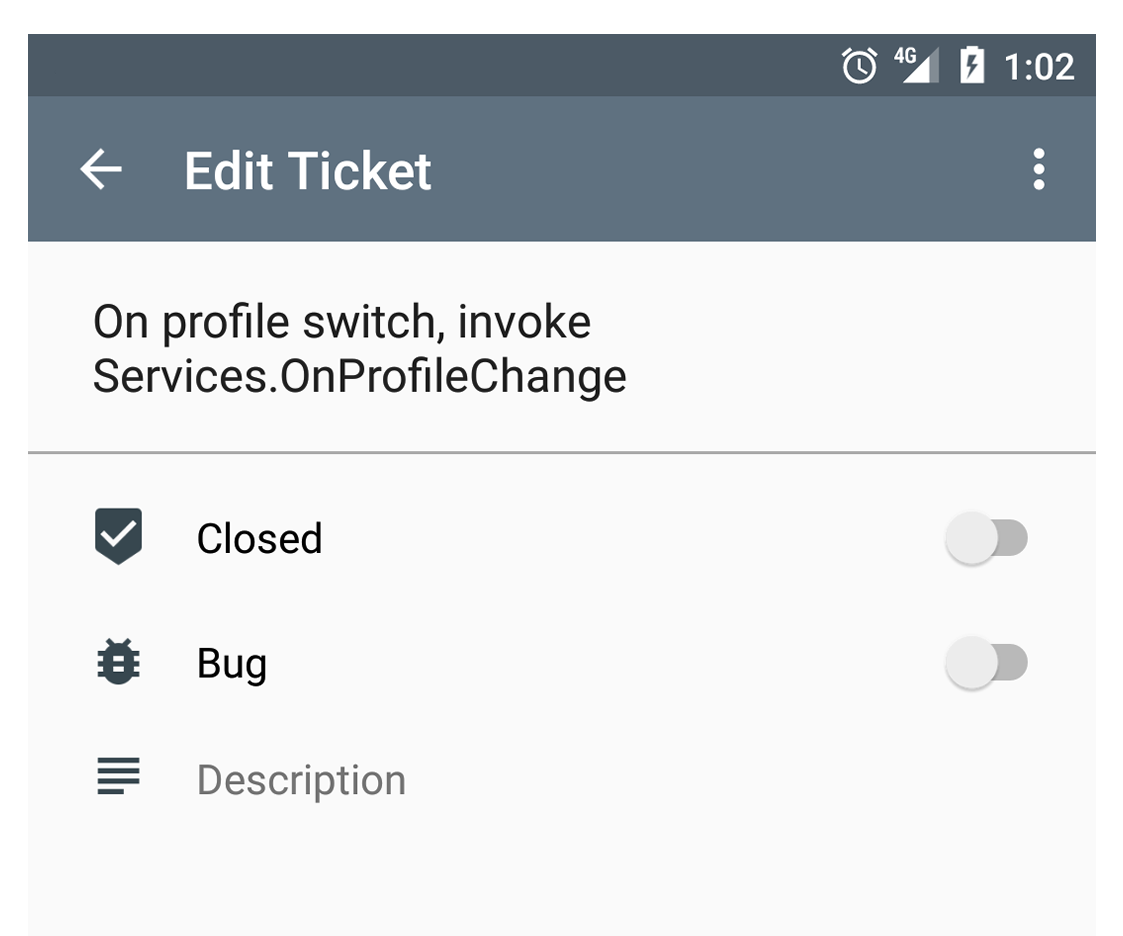 And tasks themselves catered for finer details.

I put the project on hold once Xamarin was aquired by Microsoft, as developing in a language I had more years on and the ability to publish to multiple platforms including Windows 10 and iOS made more sense. 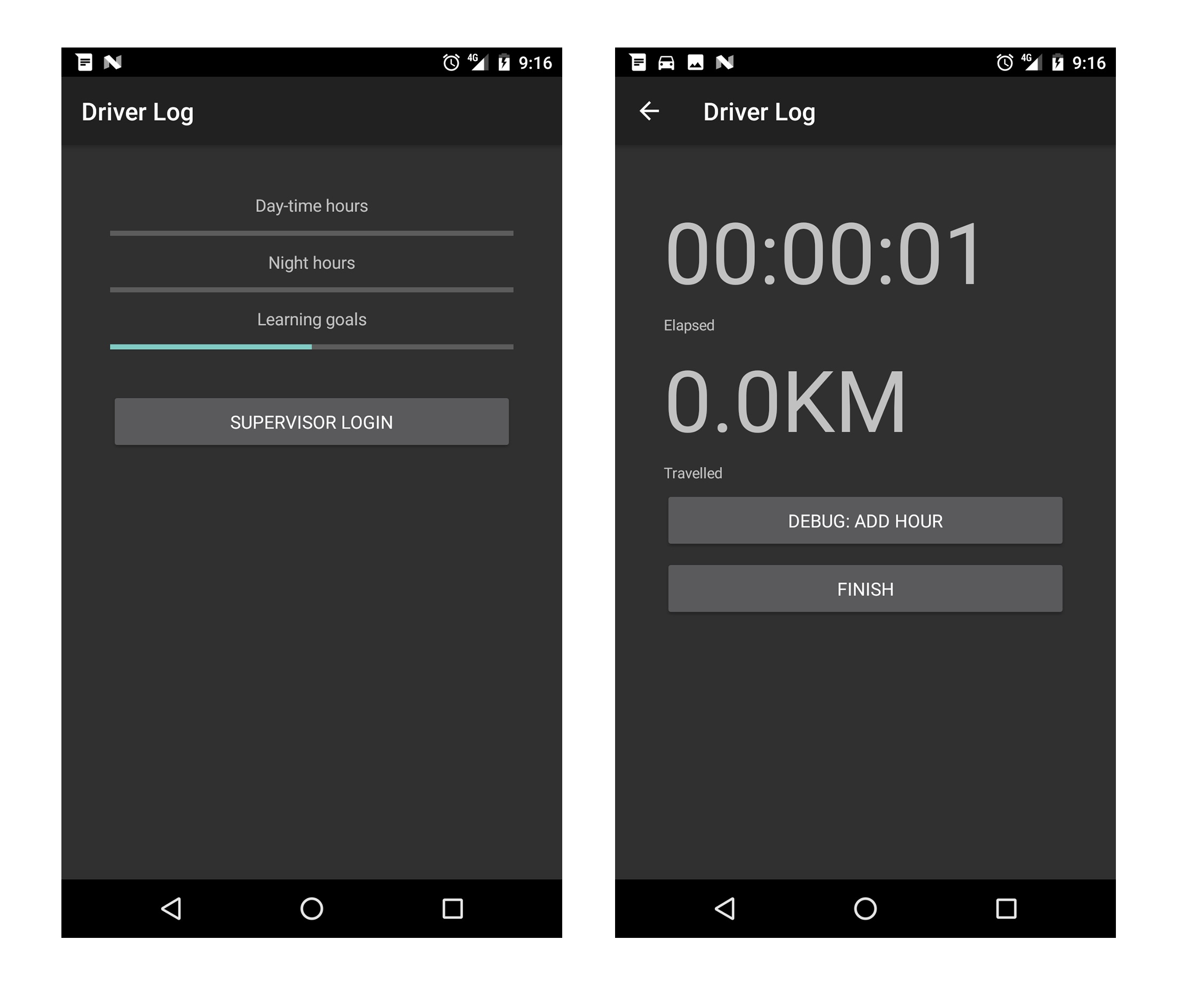 As part of Transport for New South Wales competition I built a quick skeleton app for logging learner driver hours. U... 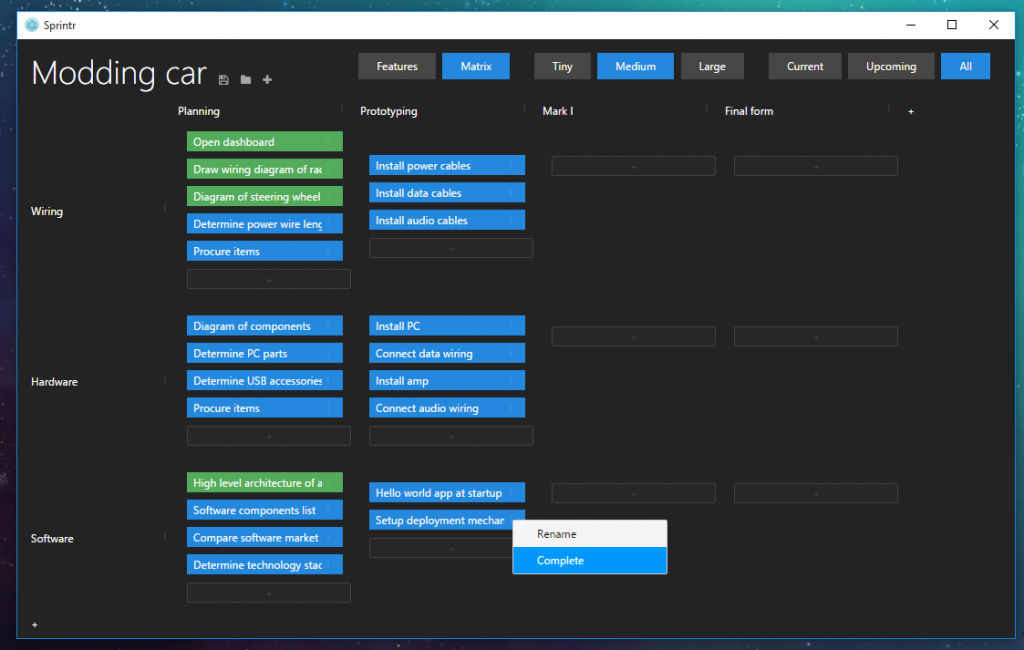 The way I handle my own person tasks has grown and to formalise the workflow I wrote Sprintr. Tasks go under a tree h... 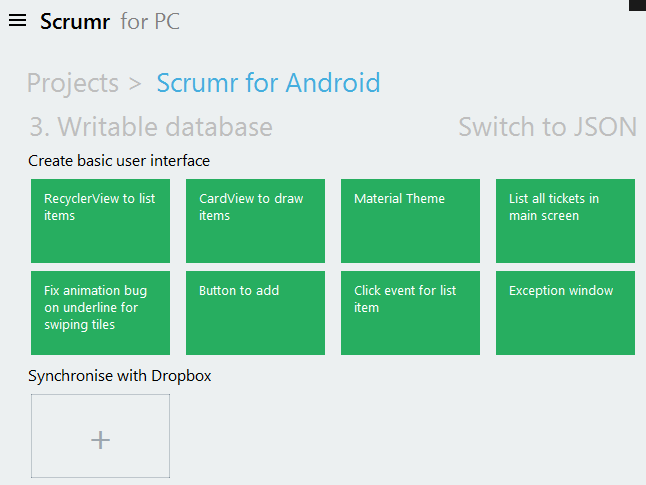 Post it notes are fun and all for sprint planning but you gotta right digitise this. For my personal projects thus fa...